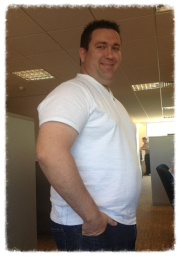 My name is Anton. I was born and raised in South Africa.

The first time I saw a Puma was when I was in my final year at school - 1998. I fell in love with the car. The one I saw was in a friends dad’s garage and in a million parts. Back in the day, I was looking to buy the car, but my dad was not very keen.

Time passed, and I moved to the UK, but I always kept my eyes open for another one.

In July 2012, I saw one that didn't look too bad. There was only one problem; the car was about 1200km from my parent's place. I knew I wanted it, but I had to get it home somehow…… My Dad flew down to Port Elizabeth and drove the car all the way back. It was a long drive and as it turned out, the suspension was shot to pieces!  It was not a comfortable ride!

In November 2012 the car was sent to a guy to rebuild the engine and suspension. I was looking for someone who knew about Pumas but had no luck. We did, though, find someone, who did his apprenticeship on the old Beetles. The guy that did the work apparently won some awards for this workmanship.

After the engine was rebuilt, my brother made a start on the car doors as there was a problem with the windows.  The car was/is still in SA, so I had to rely on my family to do things for me.

I also decided that I would like the wheels done as well. This turned out to be a bit of a problem……………..the wheels are made from magnesium and aluminium. This meant the paint on the wheels kept on bubbling in the sun. To resolve this problem, we fitted inner tubes. We also had them coated charcoal, but that didn't look good, so they went back to silver.

The car ended up going to a workshop in South Africa late October 2014. While the car was there, they started to strip it down and noticed that the pan was not very good anymore. It was fixable, but I decided to locate a new one for the car which was in a much better condition. As always, my dad had to inspect it, pick it up and delivered it to the workshop.

The guys started to work on the car. As a result of replacing the chassis, the car was in the shop much longer than expected. The car was sanded down and prepared for the respray.  The car went in for its respray at the end of Feb 2015. When the car came back, it was starting to look like we were getting somewhere.

They did a good job on the paintwork, and so the rebuild started. We are trying to keep the car as original as possible, but I required some parts that were not available in South Africa. I contacted a friend, he helped me out with a contact in Brazil, as I needed parts and I was struggling to get them shipped over to South Africa. I needed some chrome front bumpers, wheel caps, a gear knob and some other small things. Thanks to the contact, all of the kit turned up and was fitted.

The car has been in the workshop now for 15 months, and things started to drag now. I was not very happy with them as it has now taken them more than 4x the time and double the amount of money to complete the job as what was originally quoted. The work carried out and what I paid for was far apart, I would not be able to recommend them to anyone!

Next up, the upholstery…

Recommend this page
©2015, all rights reserved